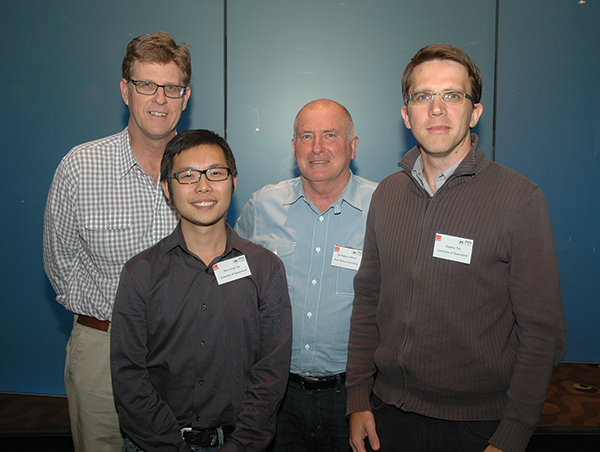 ABOUT 16 percent of the manure effluent of the Australian pig herd is now directed to biogas systems, equating to 29 percent of the herd housed in conventional sheds at piggeries larger than 500-sow farrow-to-finish, which is the cut-off for feasibility of these systems.

Before Pork CRC’s Bioenergy Support Program commenced in 2012, manure from only about 2 percent of the national herd was directed to biogas systems. According to Alan Skerman, Queensland Department of Agriculture and Fisheries and Dr Stephen Tait, University of Queensland (now at University of Southern Queensland), the BSP’s positive impact on biogas adoption has been substantial.

Pork producers with biogas systems now benefit from reduced odour, save on energy costs, sell excess biogas-derived electricity to the supply grid and sell Australian Carbon Credit Units and renewable energy certificates. Capital expenditure payback periods of less than three years have been realised.
Since 2012/13, when the Emissions Reduction Fund started, 372,143 ACCUs have been issued to piggery biogas projects, which is 372kt CO2-e of emissions abatement and an estimated $4 million of carbon credit sale value to participating producers.

A Pork CRC-supported life cycle assessment by Stephen Wiedemann of Integrity Ag Services has predicted that greenhouse gas emissions of Australia’s pork production could fall from 3.6kg (in 2010) to near 1.3kg of CO2 equivalents per kilogram of pork produced by 2020/21. Pork CRC consultant and former CEO Dr Roger Campbell believed this was due to the uptake of biogas capture and use from effluent and increasing productivity by the herds and businesses that will represent the industry in 2020/21.

The research and technical support of the BSP drew heavily on contributions by Pork CRC biogas demonstration piggeries, established as part of the BSP initiative. A recent national piggery biogas survey provided useful data on current and future biogas adoption interest and statistics, which indicated considerable ongoing interest in biogas benefits, including from smaller piggeries.