BIOSECURITY Queensland recently hosted a workshop focused on African swine fever preparedness to ensure Queensland is well equipped to respond in the event of ASF reaching our shores.

Australia is in the favourable position of being free from ASF, however recent incidents in Eastern Europe and Asia are a reminder it can spread quickly. Around 50 people attended the workshop including pork industry representatives, pig producers, abattoir operators, nutritionists and feed companies.

Topics discussed at the event included the disease, the risk to Australia, the response in place under the AUSVETPLAN, surveillance, destruction and disposal and diagnostic testing. Australian Pork Limited General Manager of Policy Deb Kerr delivered a presentation on the industry perspective of the

“ASF is highly contagious and up to 100 percent of affected pigs may die as a result,” Sandy said. “The workshop brought key people together to discuss what would actually happen in Queensland in an ASF emergency response and it was great to see this level of collaboration from government and industry.

“A big thankyou to Sara Willis from Agri-Science Queensland for helping co-ordinate the workshop and ensuring it was a success.” Dr Allison Crook, Chief Veterinary Officer and General Manager of Animal Biosecurity and Welfare attended the workshop.

“ASF is an emerging threat and it’s important Queensland is well prepared to respond to emergency animal diseases such as this,” Allison said. “Measures are in place at a federal level to protect Australia from ASF, including not importing fresh pork, but if there was an ASF incident in Australia a rapid, co-ordinated response would be key.

“That’s why preparedness activities like this one are so important.” Future preparedness plans include holding an on-farm emergency animal disease exercise focused on ASF. 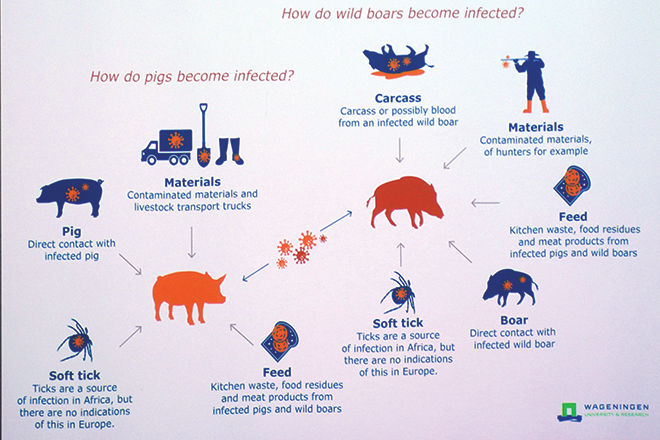