Made from imported meat 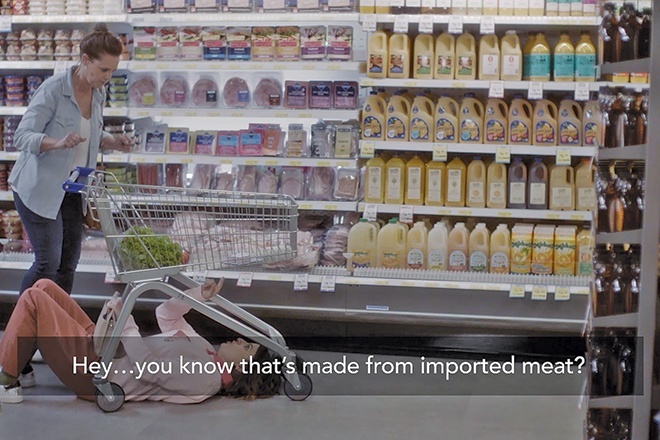 Each week imported pork arrives on Australia’s shores, directly impacting the profitability of pork producers and driving the need to differentiate local pork products from imported. Australian Pork Limited’s key learning from research conducted by its insights team in 2018 is that consumers are almost entirely unaware of the fact that the majority of Australia’s ham and bacon is made with imported pork. This means directives to look for Australian pork in ham and bacon currently lacks meaning to consumers, as they believe they are already buying Australian pork products.

In response to this, on March 14 APL launched a campaign in Adelaide to run until the end of June, to educate and raise awareness around the prevalence of imported pork and how to find ham and bacon made with Australian pork. This campaign was initially launched early last year, however was cut short due to COVID-19, as the unusual market conditions prevented APL from obtaining clear campaign results. The campaign is underpinned by two TV commercials which, while entertaining to hopefully captivate consumers, are focussed on educational messaging.

The first is centred on raising awareness of the percentage of imported pork in Australia, followed by a prompt for shoppers to look for a nearly full bar chart on the country of origin label, to ensure the ham they purchase has been made with Australian pork. The second commercial focusses on why shoppers should choose ham using Australian pork, as well as further reinforcement to look for a full bar on the country of origin label. The campaign will also be supported by public relations, through a local Adelaide agency, social media through our Aussie Bacon and Ham Facebook page, and in-store point of sale materials in butcher shops and independent Adelaide retailers.

The results of the campaign will be received from July onwards and will be carefully analysed by the APL insights and marketing team, as well as an external research agency. These results will help understand whether awareness of imported pork motivates consumers to find and purchase ham and bacon made with Australian pork. It will also pave the way for future communications and campaigns around imported pork messaging, creating opportunities for producers and the supply chain by differentiating ham and bacon made with Australian pork.