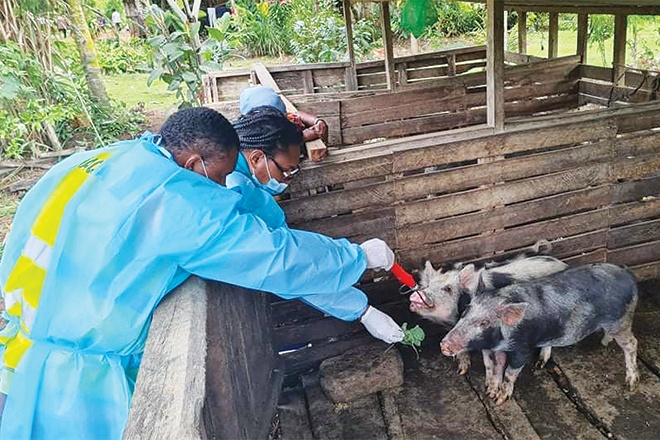 The Australian Government has given Timor-Leste and Papua New Guinea a helping hand in their battle to respond and recover from devastating African swine fever outbreaks.

Minister for Agriculture and Northern Australia David Littleproud said Timor-Leste had received $180,000 and PNG had received an extra $205,000 to help combat the effects of the highly contagious virus and mitigate future outbreaks.

“PNG has been battling an ASF incursion since March 2020.

“We understand how the animals play a vital cultural and economic role in both countries and the serious effects these outbreaks are having on their communities and livelihoods.”

In Timor-Leste, around 72 percent of urban and rural households keep pigs.

Around 600,000 households in the PNG highlands rear about 1.8 million pigs, producing close to 27,000 tonnes of pig meat annually.

“With Australia’s support, the Timor-Leste and PNG governments can continue the fight against ASF and other important animal diseases,” Minister Littleproud said.

“Timor-Leste will use funds to increase linkages between animal health extension officers and farmers and encourage the adoption of ASF-safe pig farming practices.

The support is funded under the government’s $58.6 million ASF biosecurity response package.