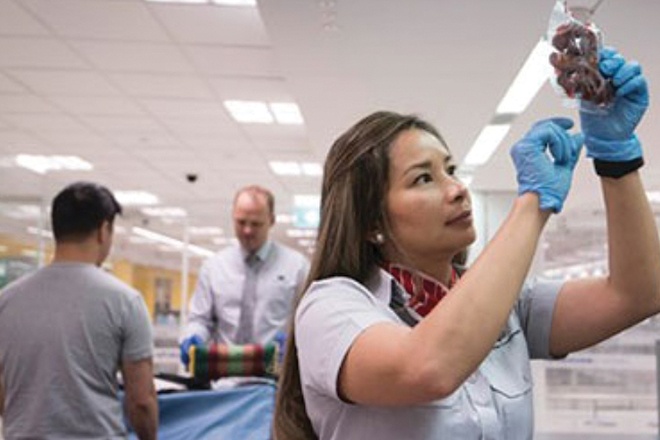 Australia’s frontline offensive against biosecurity risks, African swine fever and hitchhiker pests was bolstered recently, with 96 biosecurity officers starting work – a firm focus on tackling the evolving threats. Minister for Agriculture and Northern Australia David Littleproud said the bulk recruitment was part of the Australian Government’s commitment to get more frontline boots on the ground.

“The 96 officers will be posted in major ports, airports and mail centres as a frontline deterrent against African swine fever and hitchhiker pest threats,” Minister Littleproud said.

“ASF is a contagious viral disease.

“It has no vaccine and can kill upward of 80 percent of the pigs it infects.

Frontline resources are critical to managing emerging biosecurity risks. Australian officers inspect, identify breaches and issue infringements at airports and mail centres. In the three years to 2021, 3000 consignments of meat were intercepted and 800 contained pork.

“More than 40 tonnes of pork was intercepted from air travellers by frontline resources including our eagled-eyed biosecurity officers,” Minister Littleproud said.

“An outbreak of ASF could potentially cost Australian industry $2.03 billion over five years.

“Delivering initiatives like this is part of our $400.1 million commitment to biosecurity through the 2021-22 Budget package.

“We need all Australians to play their part to protect Australia.”