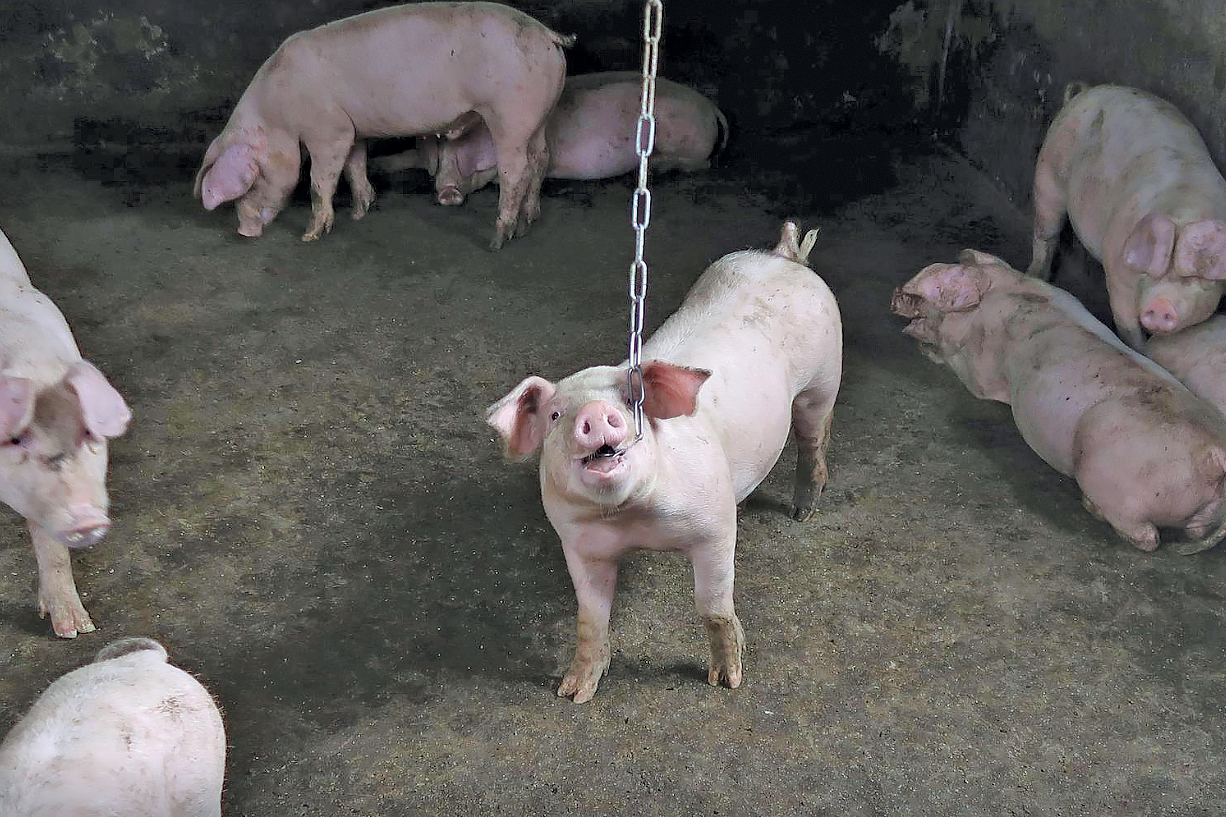 A Blow to the world’s largest pork producer still recovering from a devastating epidemic of African swine fever, the new form of African swine fever identified in Chinese pig farms has possibly been caused by illicit vaccines. New Hope Liuhe chief science officer Yan Zhichun said two new strains of African swine fever had infected more than 1000 sows on several farms owned by China’s fourth-largest producer, as well as pigs being fattened for the firm by contract farmers.
The strains are missing one or two key genes present in the wild African swine fever virus and don’t kill pigs as did the disease that ravaged China’s farms in 2018 and 2019, they do cause a chronic condition that reduces the number of healthy piglets born. With infected pigs being culled to prevent the spread, the disease is effectively fatal. While known infections are currently limited, if the strains spread, they could wipe out China’s pork output – the world’s top consumer and producer.
Only two years ago, AFS decimated half of China’s 400 million-head pig herd. Pork prices remain at record levels and China is under pressure to strengthen food security amid the COVID-19 pandemic.
“I don’t know where they come from, but we find mild field infections caused by gene-deleted viruses,” Yan said. Beijing-based veterinarian Wayne Johnson said he diagnosed a chronic less-lethal form of the disease in pigs last year.
The virus lacked certain genetic components, known as the MGF360 genes. New Hope has found strains of the virus missing both the MGF360 genes and the CD2v genes. Research has shown that deleting several MGF360 genes from ASF creates immunity.  But the modified virus was not developed into a vaccine because it tended to mutate back to a harmful state later.
Nairobi-based International Livestock Research Institute principal scientist Lucilla Steinaa said: “You can sequence these things, these double deletions, and if it’s exactly the same as described in the lab, it’s too much of a coincidence, because you would never get that exact deletion.” There is no approved vaccine for ASF, which is not harmful to humans, though many Chinese farmers struggling to protect their pigs have resorted to unapproved products. The fear is that illicit vaccines have created accidental infections, which are now spreading. The new strains could thrive globally through contaminated meat, infecting pigs fed on kitchen waste. The virus is known to survive for months in several pork products.
China’s Ministry of Agriculture and Rural Affairs has issued at least three warnings against use of unauthorised ASF vaccines, cautioning that they could have severe side-effects and that producers and users could be charged with a criminal offence. In August, the ministry said it would test pigs for different strains of the virus as part of a nationwide investigation into illegal vaccine use. Any strains with gene deletions could indicate a vaccine had been used. No findings on the issue have been published to date, which is highly sensitive for Beijing. Reporting of the recent ASF outbreaks was extensively covered up.
After decades of research towards producing a vaccine against the complex swine fever virus, researchers globally are focussing on live-virus vaccines – the only type to have shown any promise.
However, such vaccines carry higher risks because even after the virus is weakened so it doesn’t cause serious illness, it can occasionally recover its virulence. One such vaccine used in Spain in the 1960s caused a chronic disease with swollen joints, skin lesions and respiratory issues in pigs that complicated efforts to eradicate ASF over the next three decades. Since then, no nation has approved a vaccine for the disease.
A vaccine with both MGF360 and CD2v genes deleted has been undergoing trials by China’s Harbin Veterinary Research Institute after showing promise. Yan said he believed that people have replicated the sequences of virus strains being studied, which have been published in scientific literature, and that pigs injected with illicit vaccines based on them could be infecting others. “It’s definitely man-made; this is not a natural strain,” Yan said. Neither Johnson nor Yan have fully sequenced the new swine fever strains.
Beijing strictly controls who is allowed to work with the virus, which can only be handled in laboratories with high biosecurity designations. Though several private companies have developed test kits that can check for specific genes. GM Biotech based in China’s central Hunan province said it had developed a test that identifies whether the pathogen is a virulent strain, a single-gene deleted attenuated strain, or a double-gene deleted attenuated strain. The test helps pig producers because the new strains are very difficult to detect at the initial stage of infection and have a longer incubation period after infection.
The government has not confirmed how widely used illicit vaccines are or who has produced them. However, a great number of pigs in China have been vaccinated, Johnson said – a sentiment echoed by many other experts. Colorado State University professor of veterinary medicine Mo Salman said in 2004-5, when the H5 bird flu strains were spreading across Asia, Chinese laboratories produced several unauthorised live bird flu vaccines, raising fears that they could produce dangerous new variants. Prof Salman who has worked on animal health in Asia said: “The current ASF unlawful vaccine use in China is repeating history.”