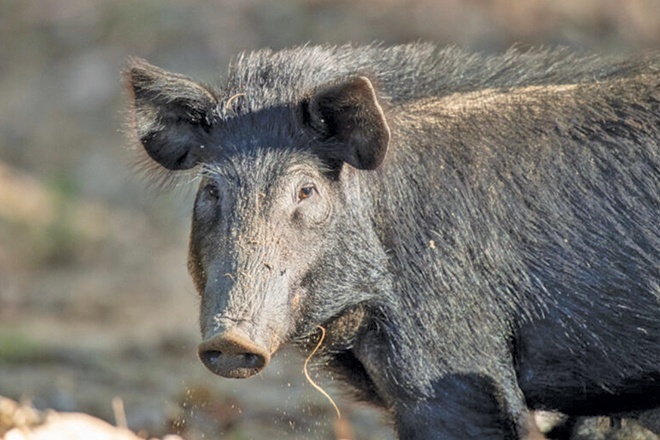 The Australian Government’s $66.6 million African swine fever response package has strengthened Australia’s biosecurity measures and ensured our system remains a world-class defence. Minister for Agriculture and Northern Australia David Littleproud said the 2019 package put more biosecurity officers and detector dogs on the ground and enhanced measures in the battle to keep ASF out of Australia.

“ASF would have a significant impact on pig health and production, as well as wider economic impact through loss of access to overseas markets for our pork products if it were to reach our shores,” Minister Littleproud said.

“With its rapid spread through Asia and new variants being discovered, the disease is threatening the livelihoods of millions of people globally who rely on the pork industry.

“That is why in December 2019 the Australian Government announced its ASF response package to address the risk to Australia caused by the global spread of the disease.

“Since then, we have successfully strengthened Australia’s border control measures and increased targeted operations to detect non-compliance.”

“We have also raised awareness of our biosecurity requirements to those travelling or mailing goods to Australia and reinforced our national preparedness.

“Our $400 million investment in biosecurity in the 2021-22 budget continues our commitment to help protect Australia from the ongoing and evolving threat of ASF and other significant threats.

“Feral pigs are a major environmental and agricultural pest and would be an impediment to eradication of ASF if it were to arrive in Australia – as a result, the Australian Government is supporting a range of feral pig control measures,” Minister Littleproud said. Appointment of a national feral pig management coordinator and development of a national feral pig action plan is facilitating nationally coordinated management and control of feral pigs. In a recent thermal-assisted aerial control trial, thermal cameras detected 99 percent of the 126 feral pigs killed, compared to 1 percent that were visible to the human eye.

“Through the Communities Combating Pest and Weed Impacts During Drought Program, we delivered more than $2.6 million to eight eligible drought-affected local government areas in Queensland and NSW for on-ground management of feral pigs, among other priority pest animals and weeds,” Minister Littleproud said.

“Building on this work, our commitments in the 2021-22 budget will continue our efforts to reduce the economic and environmental burden of established feral animals and weeds.

“We remain committed to keeping ASF out of Australia and protecting local pork industries and international exports, while supporting land managers to better manage the impacts of feral pigs.”

For further information on our efforts to keep ASF out of Australia, visit agriculture.gov.au/pests-diseases-weeds/animal/asf and on the national feral pig action plan, visit feralpigs.com.au