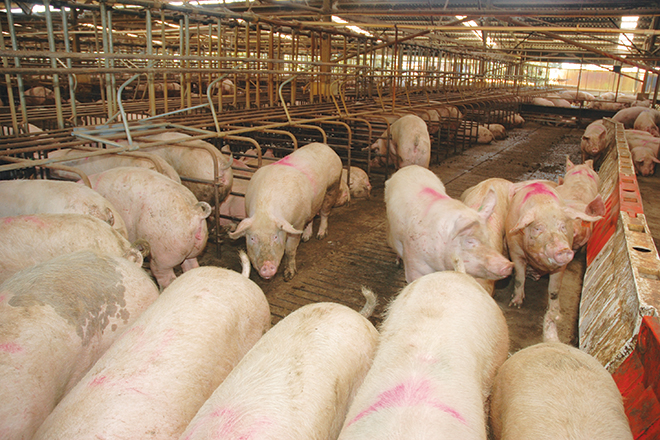 AFTER digesting a delectable animal welfare piece in an April edition of Pig Progress by Monique Pairis-Garcia, veterinarian and associate professor at North Carolina State University in the US, I thought I’d review the RSPCA’s view on the Five Freedoms Animal Welfare model and how it’s standing up to the increasingly observed Five Domains model.

According to the RSPCA ‘knowledge base’, the latter approach allows a distinction to be made between the physical and functional factors that affect an animal’s welfare, and the overall mental state of the animal arising from these factors.

Over the past 20 years, this paradigm has been widely adopted as a tool for assessing the welfare impacts of research procedures, pest animal control methods and other interventions in animals’ lives.

However, the Five Domains explore the mental state of an animal in more detail and acknowledge that for every physical aspect that is affected, there may be an accompanying emotion or subjective experience that may also affect welfare.

This is useful in terms of reinforcing the message that emotional needs are as important as physical needs for animals.

One of the most important strengths of the Five Domains is the clarity it provides that merely minimising or resolving negative physical or mental states does not necessarily result in positive welfare, but may only provide, at best, a neutral state.

To have good welfare, animals need more than this.

To help ensure animals have a ‘life worth living’, they must have the opportunity to have positive experiences such as anticipation, satisfaction and satiation.

To enable this, those responsible for the care of animals need to provide them with environments that not only allow but encourage animals to express behaviours that are rewarding.

This shift in understanding is the basis for the Five Domains model incorporating positive welfare states.

Thus, the Five Domains provide a means of evaluating the welfare of an individual or group of animals in a particular situation, with a strong focus on mental well-being and positive experiences.

The Five Domains also allow thinking to be extended beyond the Five Freedoms – to place even greater emphasis on providing opportunities for animals to be exposed to or engage in activities that provide positive experiences.

According to Assoc Prof Pairis-Garcia, Tyson Foods announced last year that it would transition to the Five Domains model and it appeared that other food companies were considering a similar shift.

“We must wait to see if the long-standing Five Freedoms remains the foundational piece in which animal welfare policy, legislation and education rely on or if a change to a new approach such as the Five Domains is upon us,” she concluded.

Tyson Foods Inc is an American multinational corporation based in Springdale, Arkansas, that operates in the food industry.

The company is the world’s second largest processor and marketer of chicken, beef and pork after JBS SA.