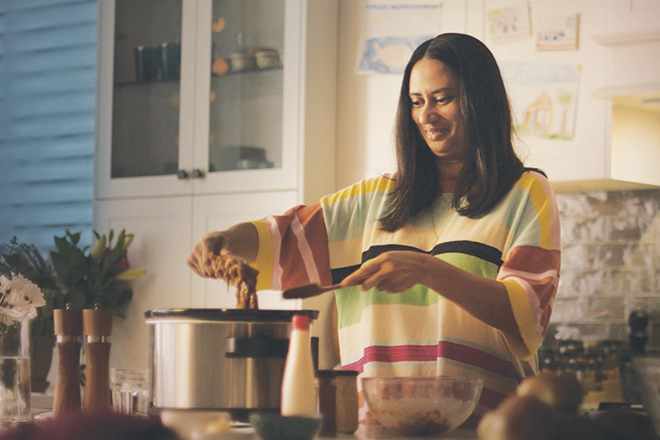 THE ‘Get some pork on your fork’ campaign is continuing its focus on communicating easy mid-week dinner winners to our target audience of time-poor families with children, and the new TV commercial ‘Sliders’ airs on May 1. Pulled pork sliders

This new commercial shows an everyday family creating pulled-pork sliders at home and gives viewers the steps and lists the easy ingredients needed to create the dish while showing tantalising pulled pork that is perfect for the upcoming cooler months.

The campaign will be airing in capital cities across Australia on free-to-air TV and radio, as well as nationally on pay TV, catch-up TV and YouTube.

The campaign focuses on being on-air during peak moments of family togetherness, including morning and afternoon drive times on radio and peak viewing periods on free-to-air television.

The campaign will also feature national commercials on Spotify through targeted family friendly playlists and on radio-steaming services.

The Australian Pork Limited category team has received great support from various retailers that have aligned marketing activity to this campaign to ensure we reach consumers all the way through to point of purchase.

During May and June, activity with Coles supermarkets will see an advertorial placement in Coles Magazine, as well as in-store sampling of pulled-pork sliders in 178 stores across Australia.

During this time, the FightMND campaign – which is supported by Coles, Coles Aussie pig farmers and APL – will also be running, and a portion of pork sales will be donated to Motor Neurone Disease research.

Further activity will take place with IGA in the form of free recipe booklets emailed to their 80,000 plus database and with Woolworths via Fresh Ideas magazine advertorial placements and in-store stickers.

To view the new pulled-pork sliders advertising, check out Australian pork on Facebook and our new dinner winning pulled-pork recipes at pork.com.au