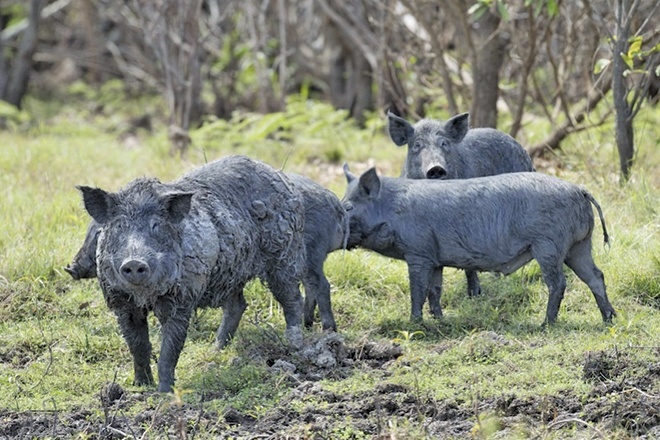 Feral pig numbers are erupting in the Central Tablelands of NSW and farmers are fighting a losing battle. Farmers have lost hundreds of thousands of dollars to wild pigs, which have bred perniciously over winter due to wet weather providing them with plenty of food.

Local Land Services said wild pig numbers and their range had increased dramatically across the Central Tablelands over the past twelve months. Senior biosecurity officer Alistair Gordon-Smith said the huge increase in feral pig numbers, extending across that region of NSW, was due to feral pigs being able to breed a couple of times a year.

Local Land Services encourages landholders to work together to control wild pig numbers across the area.

“It’s always best if landholders can work in with their neighbours,” Mr Gordon-Smith said.

The baiting program using 1080 poison was reported to be having an impact and while baiting was the preferred option, trapping or shooting pigs could also help control feral animals.

Those farmers who don’t want to use 1080 poison, new sodium nitrate poisons are also available according to Mr Gordon-Smith.