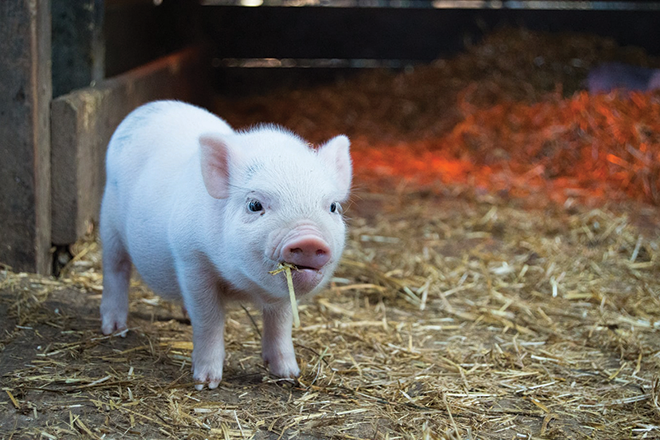 WITH porker and baconer prices on the rise, all producers are primed on how to produce not only more pigs, but heavier kilo pigs at wean. It goes unsaid that the more robust and healthier a pig is at weaning, the less mortality and medication cost a producer should expect to invest, until time to market. Whether prices are above or below market standard, at the end of the day it all comes down to how to produce pork in the safest and most efficient manner possible.

The past decade has seen an enhanced focus on preventative medicine. The good producers are keeping their finger on the pulse of what the industry is doing, and the best producers are then taking it a step further to see how they can set the pace. Administering supplementary iron is a perfect example. The data is out there, telling us that pigs raised indoors will become anaemic early on without the administration of supplementary iron.

It’s the implementation process where variation, and thus opportunity, lies. Here are the basics. Iron, a mineral that is found naturally in abundance in soil, is unavailable to pigs raised in farrowing crates.
This traditionally hasn’t been a problem, as injectable iron is both economical and easy to administer. Pigs are a unique species in that they are born with very low iron levels.
Studies will estimate that they are born with roughly 50mg of iron, mostly in the form of haemoglobin.

This is critical to understand because iron is the key component that holds oxygen to red blood cells and makes sure that what your lungs are breathing in can be used by your body. Iron also has the added benefit of being critical for the immune system, brain function and muscle strength. Supplementary iron is typically provided either orally or as an injection within the first week of life.
Iron is available in both 100mg/ml and 200mg/ml concentrations.

Day of administration, as well as route, could potentially be costing your piggery both in terms of weaning weights as well as feed conversion in the nursery. Sow milk is a poor substitute for soil when it comes to iron supplementation. Milk provides roughly 1mg of iron per day, which only accounts for about 15 percent of the pig’s daily requirement of 7mg per day. What’s more, a pig doubles in size in the first week of life.
This requires a tremendous increase in iron both for its oxygen carrying ability as well as muscle – and thus weight – gain.

Studies in 2015 and 2017 in Danish, US and Canadian systems demonstrated severe gaps in iron administration protocols that result both in anaemia and subsequently decreased average daily gain.
By measuring haemoglobin at weaning, it was determined that 19 out of 20 farms assessed had anaemic pigs at weaning. Several factors could be contributing to these pigs having subpar iron levels, but at the end of the day almost every farm was affected and the effects on their weaning weights were consistent.

Each report recorded that the largest piglets in the litter were at the highest risk of developing iron deficiency at weaning. Thus, our inability to provide adequate iron could then be implicated in holding these heavy weight pigs back from maximising their full growth potential. Consequently, pigs with higher haemoglobin levels at weaning, showed marked average daily gain advantages over their anaemic counterparts, even three weeks post-weaning.

If you are concerned your pigs may be at risk for anaemia, reach out to your Apiam pig veterinarian today and request an on-farm assessment. Step one is to identify if the problem exists, step two is to collaborate with your veterinarian regarding your farm-specific data to develop an intervention strategy or new protocol, and step three is to reap the benefits of heavier weaning weights and improved average daily gain.