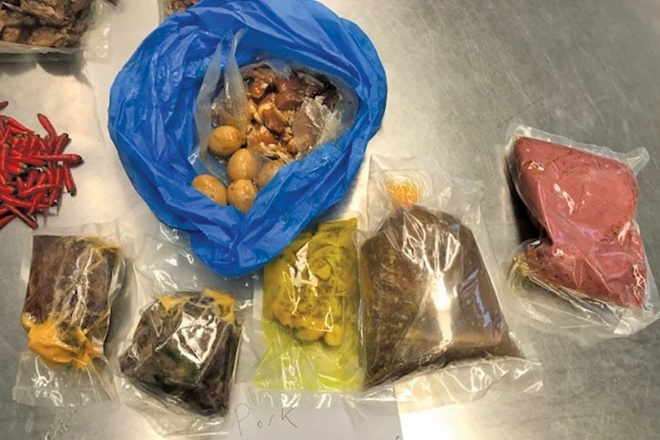 Studies have estimated a large multi-state outbreak of foot and mouth disease in Australia could result in economic losses of $50 billion over 10 years. An outbreak of African swine fever could cost Australia $1.5 to $2 billion over five years. Minister for Agriculture, Drought and Emergency Management David Littleproud said FMD could spread rapidly. Cattle were most susceptible, though pigs transmitted the disease fastest. “While these results do not confirm live infectious virus is present, it is a reminder that we need everyone to be more vigilant,” Minister Littleproud said.

“It is more important than ever that people do the right thing and don’t bring, mail or import illegal pork or animal products into Australia.

“Proudly, we’ve already cancelled 14 visas of people who failed to declare at our airports.

“Their visas have been cancelled for three years, and we’ve also lifted the penalties from $444 on the spot, to $2,664.

“For large importers, it’s over $1 million and the potential of 10 years jail.

“Practices such as illegal swill feeding have the potential to bring these diseases into their farms.” Australian Meat Industry Council’s Patrick Hutchinson said both farmers and the general community needed more education about swill feeding – feeding food scraps that have been in contact with meat to pigs.

“That is a requirement of the regulators and the department of agriculture in each state,” Mr Hutchison said.

“The power that could provide cannot be underestimated.” It doesn’t matter if someone owned one pig or 100 – the threat of a biosecurity breach was equally serious.

“People need to recognise that they’re part of a total supply chain, because bigger operations have had issues just as much as smaller operations have and it affects everyone, regardless of size,” Mr Hutchison said.

“I worked in the agriculture industry in Ireland 20 years ago when FMD actually broke out, and I can tell you that it shut down the community in Ireland the very same way that COVID-19 has.

“It’s not just an issue that impacts the rural industry, it actually impacts the entire community.”