A stabilisation of pork sales for Christmas 2021 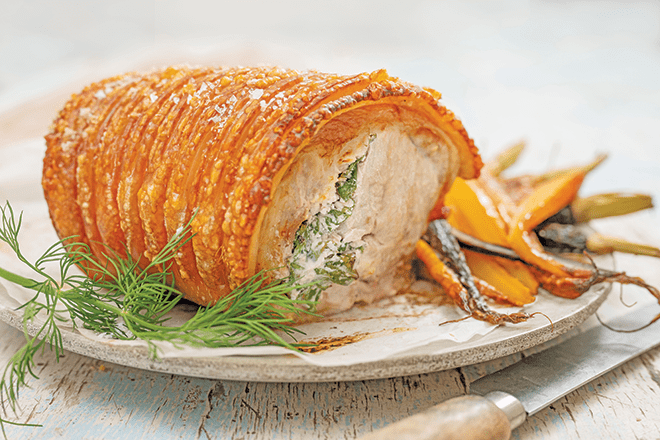 Christmas 2021 was down slightly according to sales data obtained from Australian Pork Limited.

An analysis has shown total fresh meat volume decreased by 3.6 percent compared to the abnormal bumper year of 2020.

This was due to a decline in the percentage of Australian households purchasing fresh meat in the Christmas period and shoppers purchasing less often.

While there was some compensation for this by shoppers putting more meat in their baskets each trip, it was not enough to grow volume overall.

Fresh pork seems to have been used as a traffic driver by retailers, with the average price for fresh pork 6.6 percent lower than 2020.

The average price for pork roast sat at $9.75 over the period – a whopping 23 percent down on the previous year.

The average price of fresh pork declined more than other meats – except seafood – compared to 2020, which led to value sales declining more than total fresh meat.

The price declines combined with retailer and advertising support meant that volume sales for pork were stronger than total fresh meat, which declined by 3.6 percent.

However, they were still in slight decline, with pork volume sales 2.1 percent lower than 2020.

However, comparing Christmas 2021 to a pre-pandemic Christmas two years ago in 2019, fresh pork volume grew 1.2 percent and fresh pork continued to build share at Christmas 2021 in terms of volume, but shed a small share in value retail sales.

Both major retailers enjoyed a relatively successful trading period, with Coles growing overall total store sales value at 3.3 percent, slightly ahead of Woolworths at 2.8 percent.
The growth for Coles came from increased consumer spend over the Christmas period.

In terms of pork, Woolworths’ average price declined at a heavier rate than Coles, which led to strong volume uplifts – 7.6 percent – but value sales declined.

Conversely, Coles did not discount as heavily and therefore did not lose value sales of fresh pork at the same rate but did lose some volume.

This was due to shoppers purchasing a greater volume per trip compared to Christmas 2020.

The other states all saw declines across fresh pork.