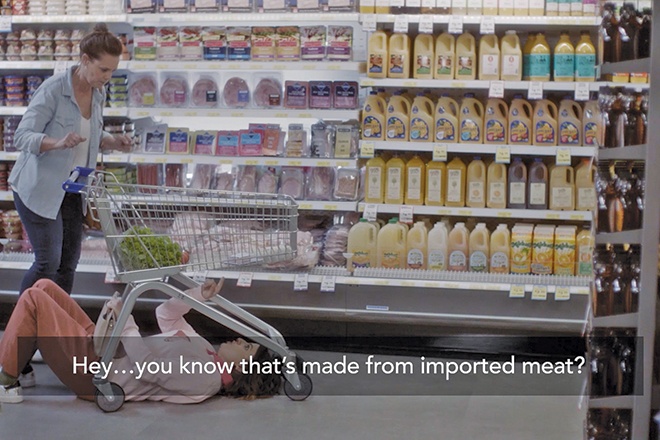 New insights into consumer awareness and purchasing behaviour in Adelaide has been revealed in a trial marketing campaign conducted by Australian Pork Limited this year. The APL marketing team re-launched the trial in metropolitan Adelaide in March as a response to extensive research showing most consumers were unaware that they were buying ham or bacon made from imported pork.

The four-month awareness campaign specifically aimed to raise awareness of imported pork in ham, and how to identify Australian pork products in store, as well as measure any changes in perception and consumer behaviour. Using Adelaide as a test market, the campaign featured TV advertising, live radio reads and advertising during morning and evening driving hours, and billboards near major supermarkets.

The advertising pointed to the prevalence of imported pork products on Australian shelves and then educated consumers on how to look for a nearly full bar chart on the country-of-origin label to find ham made from Australian pork.

Analysis of the campaign beat initial targets with an average recognition of 57 percent for any element and 67 percent overall awareness by the end of the campaign. Those who saw the campaign were more likely to be aware of and use the country of origin labelling when shopping for ham and bacon. This indicates a significant impact in a four-month timeframe considering the prior lack of advertising on the CoOL.

The analysis also indicated that more exposure to various touchpoints resulted in greater awareness of imported pork on shelves and the knowledge to find ham and bacon made from Australian pork in the future. This key learning will be utilised in any future campaigns APL may launch Australia-wide.
Teagan Levett
APL Consumer Insights Analyst