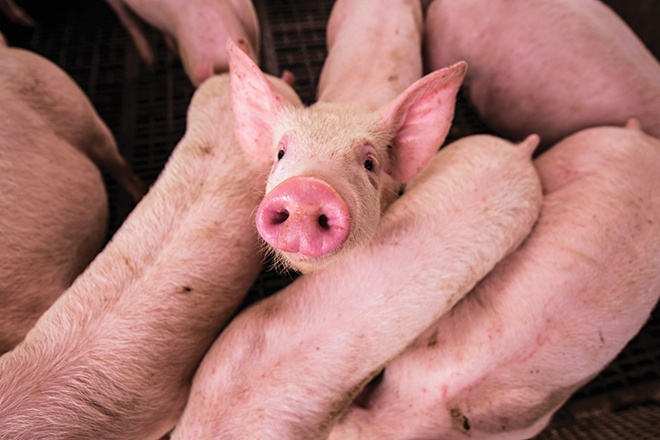 Australian producers are converting their animal waste into fuel for biogas power plants – turning ponds of poop into power.

Not known for being clean or green, piggeries are rapidly becoming greener than vegetables where climate change is concerned.

At the 20,000-pig property, Charles built a bio-digester.

The bio-digester varies from the traditional ‘collected pig waste dumped into effluent ponds where it’s treated and broken down’ method in that it pumps the waste into a machine that operates parallel to a pig’s stomach.

Bacteria breaks the waste down into manure and produces methane, which is converted by turbine into heat and generates 90 percent of the property’s electricity, with additional benefits.

“We are producing about the same as we use, but during the day when we’re running the feed mill and a few other things, we are pulling some power in from the grid, and then in the evening, we export power,” Mr Charles said.

“Seventy percent of odour from piggeries comes out of lagoons or ponds, so if you eliminate the ponds, which we’ve been able to do, then you’re only dealing with 30 percent.”

Research from the Grattin Institute shows that only 2 percent of all agriculture related emissions come from pork now, less than vegetable production and transformative for the Australian pork industry.

Australian Pork Limited reports that 80 percent of all farm emissions can be reduced by using biogas, with 16 percent of piggeries in Australia operating bio-digesters for green energy generation.