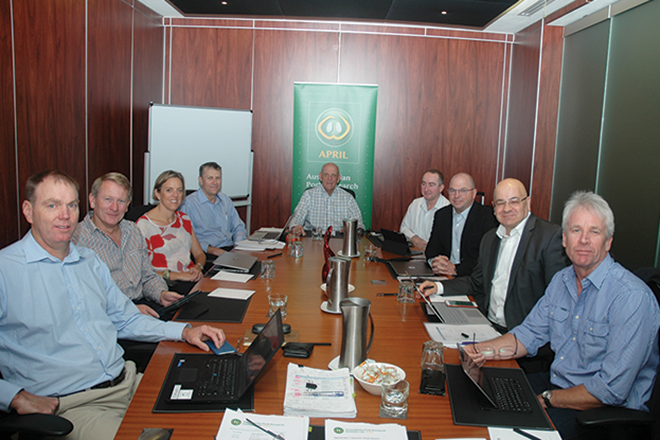 In Program 1 (Reduced Confinement of Sows and Piglets), researchers at Melbourne University, SARDI, SunPork and Rivalea showed enrichment with straw or lucerne two days before farrowing significantly reduced still birth rate and in one study lucerne chaff offered throughout lactation also improved colostrum intake and pre-weaning performance. Based on differences in anticipatory behaviour between treatments, it also seemed that straw/hay before farrowing improved the affective state of sows, but not gilts.

“This major new piece of research certainly warrants follow-up,” Dr Campbell said. Other researchers from Melbourne University and Rivalea demonstrated that the Ridley Enrichment Block had similar effects as straw or hay on behaviour of gestating sows. Acknowledging that antibiotic use and resistance remained one of the biggest issues globally in animal agriculture and in intensive industries particularly, Dr Campbell said Pork CRC’s Program 2 (Herd Health Management) had made significant progress.

Dr Sam Abraham from Murdoch University provided new information on the pathogenicity of strep suis in the Australian industry, while Narelle Sales from NSW DPI did similar for erysipelothrix rhusiopathiae. Dr Tom La and his team at Murdoch continued their excellent work on swine dysentery and one of the brachyspira strains discovered by the team is now being tested as a potential vaccine candidate in the US.

In Program 3 (Healthy Pork Consumption), Dr Jessica Jolley and her team at SARDI used all the eating quality research supported by Pork CRC to develop an eating quality predictive model similar to MSA used by the red meat industry.
The model comes up with a Pork Quality Score, based on a combination of eight factors at cooking temperatures of 70 or 75C (gender, cut, cooking method, ageing time, ultimate pH, moisture infusion, hanging method and electrical stimulation).
Dr Campbell believed the model could revolutionise the marketing and eating quality of Australian pork.

In Program 4 (Carbon Conscious Nutrient Inputs and Outputs), an LCA assessment by Dr Stephen Wiedemann predicted greenhouse gas emissions of the Australian pork industry would fall from 3.6kg (in 2010) to near 1.3kg of CO2 equivalents by 2020-21. “This was due to uptake of biogas capture and use from effluent and rising productivity by the herds and businesses that will represent the industry,” Dr Campbell said.

Pork CRC supported researchers also upgraded the AusScan pig energy and amino acid calibrations in the 2017/18 reporting period. They included 67 new grains in the energy calibrations and demonstrated the calibration for predicting faecal DE is extremely accurate. This unique technology continued to be strengthened and the calibrations were now appropriate for maize and overseas grains.

Dr Campbell was optimistic about the future of Australia’s pork industry, which he felt would emerge from its current challenging situation stronger and more resilient.
“And it will need to be, as globally things are getting tougher and this is unlikely to change,” he said.

Pork CRC concludes June 30, 2019, with much of its good work and legacy to be continued by the industry supported Australasian Pork Research Institute Limited.