Cost of feral pigs to producers 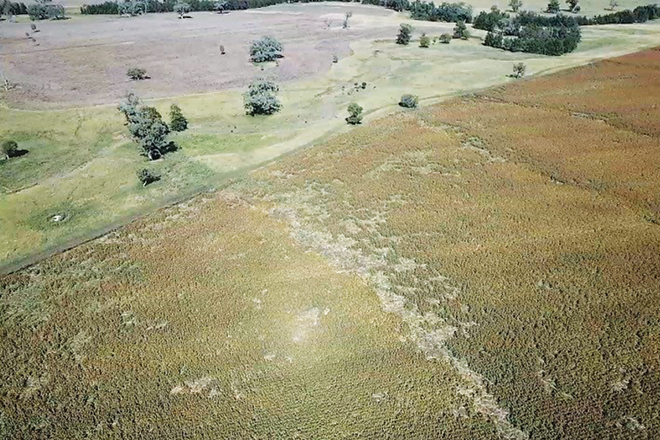 Feral pigs cause significant economic losses to agricultural production and, while there are many anecdotal reports of individual impacts to farmers, regional-scale costs have not been well documented.

In many instances, the limited resources that are available are preferentially being applied to support on-ground management programs to control feral pig populations, rather than routine monitoring and economic impact studies.

Such information would be extremely useful to encourage local engagement and participation by land managers in coordinated best-practice management programs across different land tenures, and to demonstrate the need for ongoing feral pig management efforts to reduce the economic impacts being experienced.

In October 2021, a report on the economic losses attributed to feral pigs in the northwest region of NSW – for the period of winter 2020 and summer 2020-21 – was released by North West Local Land Services as part of a three-year study being conducted on its behalf by consultancy AgEconPlus.

A survey of land managers and agronomists was used to collect information across eleven agricultural enterprises on average regional yields, estimated pig damage, estimated hectares affected by feral pigs within the region for each enterprise and commodity prices.

Cattle enterprises were not included due to the complexity of estimating the impacts of diseases transmitted to cattle by feral pigs.

The economic losses across these enterprise types for the 2020-21 winter and summer seasons in northwest NSW alone were estimated to be $47.2 million.

This study coincided with favourable seasonal conditions, with increases in feral pig populations occurring in the region between winter 2020 and summer 2020-21 – albeit from a low population base due to drought – as well as higher commodity prices and higher than average yields.

The relative size of the regional commodity losses reflected the areas planted for each crop during the study period.

Importantly, these cost estimates did not include losses from pigs accessing feeders, reduced breeder productivity from diseases or reduced pasture availability, damage to infrastructure such as fences and water troughs, or to environmental assets.

These findings highlight that the national estimate of the damage caused by feral pigs to agricultural businesses, which was determined in 2002 to be $106.5 million, needs to be updated.

Work to determine the economic market impacts and non-market environmental and social impacts cac used by feral pigs is currently underway by the Australian Bureau of Agricultural Resources Economics and Sciences.

It is expected that this information will be available in June 2023.

For further details, the final report can be accessed via agecon.com.au/economic-benefits-of-feral-pig-control.
The webinar hosted by North West Local Land Services is available at feralpigs.com.au/resources/#webinars.

Feel free to contact me at heather.channon@feralpigs.com.au or call 0423 056 045 to discuss your feral pig management issues or any information presented in this article.