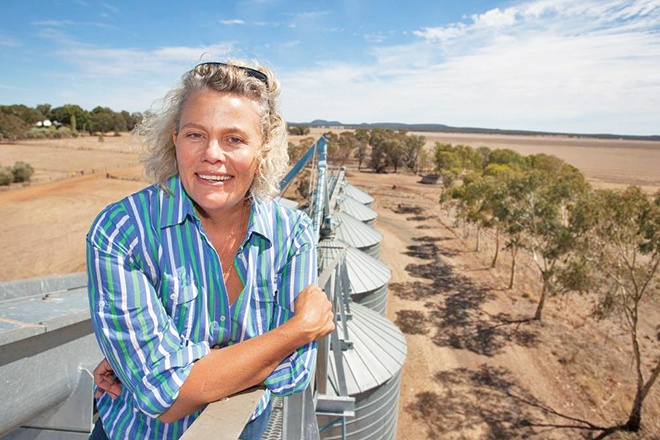 The National Farmers’ Federation is calling for investment and collaboration to reverse declining biodiversity following the State of the Environment Report released recently showing Australian biodiversity is suffering significant decline and remains under threat.

NFF president Fiona Simson said farmers sought discussion and detail from the Federal Government on “locking up” Australian landscape, which was not the answer to improving biodiversity.

“Farmers are the custodians of 55 percent of Australian land and not only do farmers want to protect the land, they also want to improve it for generations to come,” Ms Simson said.

“It’s in farmers’ best interests to care for the environment, as productive landscapes rich in biodiversity mean they can grow the food and fibre to feed and clothe Australians and the world.”
For years, the NFF has emphasised that the relationship between agriculture and the environment must be holistic and extend to include investment in long-term feral animal and introduced weed suppression, as

well as managing landscapes to minimise fuel loads to reduce the risk of catastrophic fire and the commensurate destruction of biodiversity.

“Locking up land is not the answer,” Ms Simson said.

“It has the potential to have the reverse effect on biodiversity, with a lack of land management allowing feral animals and plants to flourish, as well as heightening the risks from fire, drought and flood.

“Farmers continue to do significant heavy lifting to implement controls on their own land, only to have it reinvaded and infested time and again from lack of management on public lands.

“Farmers are already leading the field and we are ready to do more to reduce the spread of invasive species, as they not only damage the environment but are adversely impacting agriculture.”

For example, feral pigs are wreaking havoc in Australia, including contributing to lamb mortality, trampling crops, destroying water quality and are a significant vector for disease spread, while their impact on native flora and fauna is equally damaging.

“The NFF has for a long time recognised opportunities to help manage biodiversity and other natural capital assets and ensuring sensible exclusions are maintained,” Ms Simson said.

“Those processes have already commenced and need to be supported by government.”

The NFF recognises the impacts of droughts in the Murray-Darling Basin but notes these are cyclical, and the basin environment is currently thriving under a La Niña event that has seen the fruits of water reform, with substantial environmental water being strategically applied to effect environment repair.

Understanding how the reforms to date have contributed to improved environmental outcomes will be critical.

The NFF reiterates its call for a commitment to long-term funding for the Centre for Invasive Species Solutions, which provides national collaborative research for a long-term pipeline of innovation to help meet invasive species challenges.

“There must be a balance between economic and environmental requirements, as well as a clear recognition that landscapes can provide multiple benefits,” Ms Simson said.

“We look forward to engaging with the Environment and Water Minister the Hon Tanya Plibersek on solutions that provide the best possible outcomes for Australia’s environment and agriculture.”